Can't get enough D&D? Take a look at these Nintendo Switch games that are great for fans of Dungeons and Dragons.

There are a ton of RPGs available for the Nintendo Switch of all sorts of varieties. That said, only some of them are actually based on one of the originators of the genre: Dungeons & Dragons.

While no video game can compare to sitting around a table with your friends, that doesn't mean they aren't great in their own right.

Whether you're looking to dive deeper into the lore or you're looking for an experience similar to the tabletop roleplaying game, you'll hopefully find something to like here.

We're not limiting ourselves strictly to games using the Dungeons and Dragons license, so keep that in mind.

Hero-U: Rogue to Redemption is a 3D point-to-click adventure game with RPG elements. You play as a rogue attending a school for heroes, who's stuck between progressing as a student, competing with fellow students, and exploring the haunted school.

The things you find and the way you speak to people will affect the course of your adventure. That, coupled with the RPG mechanics, makes this feel very much like a solo D&D session.

While it doesn't use the official license, Pillars of Eternity is a spiritual successor to Baldur's Gate and other Infinity-engine powered games.

If you've already played through those old games countless times but are looking for something similar in flavor, this port of Pillars of Eternity will be exactly what you're looking for.

The only issue here is that Pillars of Eternity is a ported game that hasn't been properly optimized for the Nintendo Switch, so don't expect a perfectly smooth experience.

Building on top of the already-great original, Divinity: Original Sin 2 is an even more open-ended experience.

While it doesn't use the Dungeons and Dragons license, few video games offer the level of player agency when it comes to combat, giving you many different ways to manage enemy encounters, no matter what your party build may be. 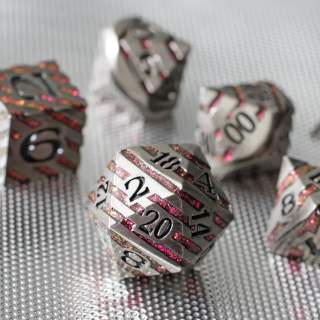 5. Idle Champions of the Forgotten Realms

A casual clicker game may be the last thing you think of when you think of Dungeons and Dragons, but that's exactly what you get with Idle Champions of the Forgotten Realms.

As you may expect, this isn't the deepest game on this list, but if you're looking for something to half-play while killing a few minutes here and there, it'll do the job just fine.

4. The Warlock of Firetop Mountain

Not based on D&D but an adventure gamebook of the same name, The Warlock of Firetop Mountain: Goblin Scourge Edition is a unique experience on the Switch.

More like a tabletop game than most of the games on this list, it even lets you switch (pardon the pun) things up and play as one of the bad guys in a separate quest.

Originally released in 2002, Neverwinter Nights was a hit thanks to its rock-solid gameplay systems and the ability for players to create and share their own adventures.

While the Switch version is somewhat limited compared to the PC version of Neverwinter Nights: Enhanced Edition, it's still great to be able to take it on the bus with you.

And it has some of the best fantasy music of any RPG!

While both Planescape: Torment and Icewind Dale both use the same Infinity engine that powered the renowned Baldur's Gate games, it's odd to see these two games packed together.

Why? Because Icewind Dale is a combat-heavy slugfest, while the fan favorite Planescape Torment puts all of its focus squarely on the story. Fortunately, they're both great games!

Ask any western-style RPG fan over a certain age to name their favorite franchises, and Baldur's Gate is bound to come up.

These games, with their real-time combat that let you pause to manage party members' actions, built the foundation of RPG combat systems that are still used to this day. Plus, the Forgotten Realms setting is one of the best in D&D canon!

If you don't need something that is super similar to Dungeons and Dragons or set within that fiction, your options open significantly. Take a look at our list of the best Nintendo Switch RPGs:

Read next: The best RPGs on the Nintendo Switch