What Makes a Gaming Console Your Favorite?

You might have a favorite game console of all time, but what exactly makes that one your favorite?

If you’ve played games on more than one console, you probably have a favorite. Even if you don’t think of it very often, you still probably have one you’d pick if you had to. It may be newer, it may be retro, it may even be a console that most people haven’t had the chance to use.

We’re not looking strictly at facts here, because they don’t matter much when it comes to what we love. Instead, we’ll look at why we may lean more toward one console than another.

The Games You Played

This is the first option and yes, it’s the most obvious. Without games, a console is just a box. Okay, these days, a console also includes video streaming services and music services, but this wasn’t always the case. Even with modern consoles, nobody buys them just to stream Netflix.

The games on a console can affect how you feel about it in many different ways. Look at the original SNES, for example. It had a ton of games, and many of them were great. The Sega Genesis, on the other hand, didn’t have as many, but those that hit the highest highs still hold fond places in Sega fans’ hearts.

Who You Played With

Video games aren’t always social, but they often are. In my case, some of my fondest video game memories involve friends. Whether it was passing the controller back and forth in Super Mario World or facing off in a Mortal Kombat game, the experience was often more memorable than the game.

Quake 2 on the PlayStation was a port of a great game that wasn’t very great by itself. This was long before the console FPS had been iterated on an perfected. That didn’t stop a friend and I from wasting many a Friday evening playing that game long into the night, and it was time I wouldn’t trade for anything. That had nothing to do with the PlayStation, but it’s part of why I remember that console so fondly.

When You First Played It

Nostalgia is a powerful drug. Because of that, it shouldn’t come as a surprise that this can heavily influence your feelings about a particular console. Though I love the original PlayStation, it’s tough to go back to many of the games for that system. 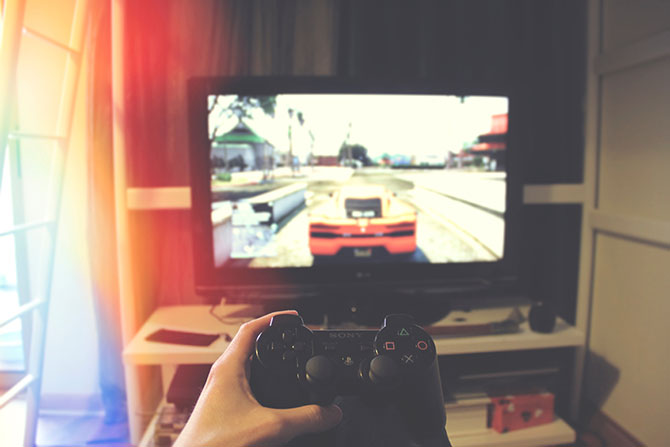 Maybe a given console was your first console. On the other hand, maybe you had a console in college that you remember fondly. Whether it was at a particularly good time in your life or helped you get through some rough times, all of this weighs in quite heavily on what console is your favorite.

Yes, any of the above could count as a key moment, but that’s not quite what I’m talking about here. It’s more when you get the perfect combination. For example, despite having plenty of favorite games on other consoles, I could easily pick the Xbox 360 because of the sense of wonder I felt when I first dove deep into Mass Effect.

I didn’t own a Nintendo 64 until well after Nintendo had introduced the Wii. That said, I can still remember how blown away I was when I first saw Mario 64 in action. While I eventually chose a PlayStation over the 64, that game alone had me second-guessing my decision for months after I’d bought the PSX.

We’ve talked plenty about what might make a console your favorite, but not necessarily what our favorite consoles are. I think because of the mix of great games, awesome co-op and competitive experiences, and key moments, I might pick the 360 if pressed, but I could just as easily pick the PlayStation 2 on a different day.

What about you? Is it a recent console or one that died an early death? Let us know!