Why I’m Not Looking Forward to Animal Crossing: New Horizons

Animal Crossing: New Horizons has introduced some new, unwanted changes to the series.

As a diehard Animal Crossing fan, I'm disappointed to say that I'm not excited for Animal Crossing: New Horizons. It's set for release in March of 2020, and I couldn't care less.

Once the rumors started spreading that a new Animal Crossing was coming to the Nintendo Switch, I was stoked. Unfortunately, the trailer at E3 crushed all of my hopes and expectations. Nintendo has officially made an Animal Crossing game that lacks the Animal Crossing identity.

A Brief History of Animal Crossing

To understand the root of Animal Crossing: New Horizon's problems, we have to look into the past. The original Animal Crossing was released for the GameCube in 2001.

As you probably know already, you play as a villager who's just moved into a village full of talking, anthropomorphic animals. You have to collect bells in order to repay Tom Nook, a greedy (but somewhat kind) shop owner. Nook hires you for a bit, but then you're off on your own.

From there, you can collect fossils, find furniture, go fishing, and catch bugs. While you can sell your findings to help pay back your loan, you can also donate them to a museum or use them to decorate your home. Along the way, you'll befriend your fellow villagers, and feel at home in your new town.

The most iconic part about Animal Crossing is its adherence to your same exact time zone. When it's nighttime in real life, all of the villagers will be in bed---in the morning and afternoon, you'll find the villagers roaming the town. Similarly, you can also expect to see the villagers celebrating during any major holidays.

The Animal Crossing series largely remained the same in all of its adaptions. Wild World, City Folk, and New Leaf all had small enhancements as the game evolved, but no catastrophic changes occurred. New Leaf deviates the most from the original games, as you get cast as the mayor of the town instead of just a villager. Still, this feature came as an interesting improvement, rather than a downfall.

Animal Crossing started to go downhill when Nintendo released its mobile app Animal Crossing: Pocket Camp in 2017. This app completely changed the dynamics of an Animal Crossing game. Instead of living in a town, your character resides in a campsite. You can still fish, collect bugs, and decorate your surroundings, but your interaction with the other animals is different and less personal.

In the classic Animal Crossing games, you can't control who arrives in your town, and that surprise is part of the fun. In Pocket Camp, putting a specific piece of furniture in your campsite will attract certain guests, which is pretty lame if you ask me.

Pocket Camp also introduces a crafting function. In addition to buying furniture, you can now craft it by collecting materials. Crafting isn't just a bonus feature of the game, it's essential in creating amenities and establishing closer relationships with other animals. This one feature turns Animal Crossing into a crafting game, rather than a simple lifestyle simulator. 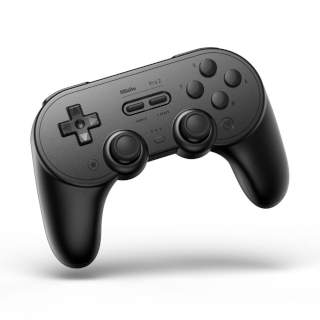 With its retro design, quality build, and 20-hour battery, this is our favorite third-party wireless controller for the Nintendo Switch.

Animal Crossing: New Horizons seems to follow in the footsteps of Pocket Camp. After buying a vacation from the one-and-only Tom Nook, your character is whisked away to a deserted island. Unlike other Animal Crossing games, the town starts out with no villagers whatsoever. As if the game couldn't get any more different than the previous ones, you also have to craft tools and materials while building the town from the ground up.

I'm sorry, but this doesn't sound like an Animal Crossing game---it sounds much more like a survival game to me. If I wanted to play a game centered around crafting, I'd play Minecraft.

New Horizons even allows you to invite specific animals to your island, and also choose where they place their house. It may seem like a subtle change to non-Animal Crossing lover, but to someone who's played every single game since its inception, this is just tragic.

Yes, there are some things that I do like about New Horizons, like the potential for local and online multiplayer, but those things fail to outweigh the negatives. Plus, an Animal Crossing game without Resetti just isn't an Animal Crossing game. Nintendo has gone too far with its changes this time---it created an entirely different game instead of a continuation of an amazing series.

Animal Crossing: New Horizons hasn't even been released yet, and I'm already missing the previous games. Nintendo took a risk, and it completely changed the game's DNA. Trying something new is great and all, but why ruin something that's already fun to begin with?

At this year's E3, Nintendo showed me nothing but a lack of creativity and much disappointment. Check out my recent article about Nintendo's dwindling creativity and let me know if you agree in the comments below.