Yeah, everybody loves bounty hunters. But what about all the other cool stuff going on in the Star Wars universe?

Whether you like the show or not is no major factor in many ways. What really matters about The Mandalorian is that it shows there is a healthy appetite for longer-form content aimed at adults in the Star Wars universe. It’s also just a glimpse at what could be.

It Works for Marvel, Why Not Star Wars?

Even if you’re not heavily invested in the Marvel Cinematic Universe, you probably hear about it fairly often. This isn’t just the movies, but the TV shows as well. From the recently concluded Agents of SHIELD to the Netflix series to upcoming entries that have yet to air, there’s a lot of content. Even so, you won’t find many people who watch all of it.

This approach could possibly work for Star Wars on Disney+ as well. We don’t need two more shows like The Mandalorian. Instead, there is plenty of room for shows set in the Star Wars universe that approach the source material differently. The Mandalorian takes an approach heavily influenced by westerns, which were already a major influence on Star Wars, but there’s plenty of room for a neo-noir series, for example.

Of course, this is assuming you’re not sick of the source material already. If you’re having trouble staying excited about Star Wars, there probably isn’t much a slightly different take has to offer for you.

What Do Star Wars People Do All Day?

The first episode of The Mandalorian throws in a quick mention of Life Day, which is a throwback to the oft-maligned Star Wars Holiday Special. This is a cheeky reference, but it got me thinking. While the bizarre 1970s special is bad in most ways, it did offer something that audiences haven’t seen much of before or since: “normal” people in the Star Wars universe. 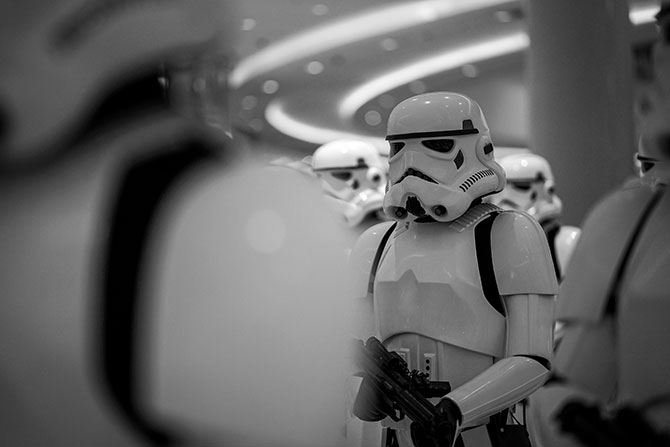 This type of look at what everyone else is doing while major characters are busy saving the universe can make for excellent fiction when done right. It’s also something we don’t see very often, but has been done in Star Wars, albeit in book form. Death Star was a novel that followed various characters throughout the construction of the Death Star until it was destroyed.

The Mandalorian is more like this than we’ve ever seen in the Star Wars movies. It gives just enough of a glimpse at the lives of the other characters to make you curious before the plot moves forward. As much as I enjoy the show, there are times where I just want to see more about how these characters live.

Why Is Everyone in Such a Rush?

Part of the allure of the Star Wars franchise is the sheer amount of wonder it packs into each film. You can generally count on seeing multiple worlds throughout the universe, which means you never spend too much time in one place. I might be in the minority here, but I’d love to see a series that establishes a location and takes time to explore it.

You may already be thinking that basically, what I want is Babylon 5 or Star Trek: Deep Space Nine, but set in the Star Wars universe. You know what? I’d be totally okay with that, but I wouldn’t mind seeing a writer or director play with the idea more and see how far they can take it.

Should You Stop Binge-Watching TV?

Yeah, binge-watching is fun. It's irresistable. It's addictive. And while it can be OK in moderation, the truth is... binge-watching has several downsides. You already knew that, didn't you?

We know first-hand how hard it can be to stop binge-watching TV. But for the sake of physical and mental health, it's a good idea to stop when you can.

That's why we've created a printable sheet of reasons why you shouldn't binge-watch TV. Download the printable PDF below and post it on your wall to remind you to moderate your TV watching! The 15 Best Episodes of The X-Files, Ranked: Which One Holds the Crown?

The Most Beautiful TV Shows in 4K and HDR