I've been a DM for over a decade. Here are the tips and advice that have made me into a much better dungeon master.

Most tabletop RPG games like Dungeons & Dragons consist of a group of players who rally around a single Dungeon Master (DM). The DM guides the action, controls the monsters and non-player characters, and shapes the narrative structure of the adventure.

Every D&D group needs someone to take on the role of DM, but it can be an intimidating position to step into—especially for the first time.

Simply put, there's more responsibility on the shoulders of the DM than any other player. They need to learn the rules of the game and act as arbiter when disputes arise. They need to craft narratives, design encounters, and make sure the players are having fun.

It's a learning process—and while it's challenging, it doesn't have to be daunting or overwhelming. As long as you're willing to put in the time and effort, and as long as you're comfortable thinking on your feet, there's nothing stopping you from becoming a great DM.

That said, it doesn't hurt to start off with some advice. Thinking about being the DM for your tabletop group? Here are some tips I've learned from being a DM for more than a decade.

Don't Be Afraid to Say No

As the DM, players will make all kinds of requests to you—and most of the time, you should think about ways you can grant those requests, but make them work for it.

For example, you might allow players to obtain a particular magic item that they want, but only if they kill a dragon for it. Or maybe a player wants to talk their way past a guard, but it comes back to bite them.

It's generally good to collaborate with players and improvise solutions. However, there are times when you need to tell players the one word they most dread hearing: No.

This might be counter to a lot of DM advice you'll find on the web, but sometimes it's best for everyone at the table if you simply tell a player that their request won't work with the current game.

For example, if a player comes to you with a concept for an evil character that would cause friction with the rest of the party, it's best to ask them for tweaks rather than risking frustration for the group.

Related: How to Play an Evil D&D Character Well

Or if a particular item that they're trying to buy, craft, or discover would break the balance of the game or interfere with the narrative, it's better to say No and maintain the integrity of the campaign.

Saying No can be tough—especially if you're new to DMing and the player in question is stubborn or argumentative—but it'll keep the game fun for everyone else in the long run. Plus, as a DM, it's important to learn the skill of how to set firm boundaries. 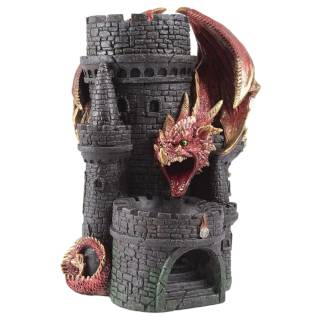 It's a beautiful thing when players get invested in a D&D campaign and start telling their own stories within yours. Not only does it mean they're hooked into your world, but it also means you can sit back and listen to them run things for a change.

Remember, D&D is a collaborative storytelling activity. As the DM, you're there to spark things off with an initial premise and narrative skeleton, and guide the table when the next step is unclear. But that doesn't mean you have to control every single aspect.

You have to share the story with your players. When the Wizard wants to find a new pile of books to dive into, or when the Bard wants to infiltrate a fancy party to which they never got an invitation, it's a good idea to give them opportunities to do these things.

These little side adventures that your players come up with will tell you the kinds of stories that THEY want to experience, and it's important as the DM to take those hints.

If you know that the Wizard wants to do research or that the Bard wants to find out where that banquet is, drop clues for the Wizard of a massive library in the next city over and let the Bard pick up on gossip while eavesdropping on some nobles.

Not only does this get your players even more invested in the world and the campaign, but it lets them feel like their characters have agency as they exist in a living and breathing world.

You probably won't have to rewrite the entire plot you've put together, but it might mean tweaking a few details here and there, or adapting the tone of the overall story. Being willing and able to adjust your plans is the most important skill you can learn as a DM.

Related: The Best D&D Gift Ideas for Players and DMs

As the saying goes, there's nothing new under the sun. There are no new stories—only new ways of telling them.

Don't kill yourself trying to be original. Creating a satisfying campaign full of encounters, maps, NPCs, lore, and narrative twists is tough enough without needing to make sure it's 100% unique.

As a DM myself, I don't make a secret of stealing plots, characters, and locations from the various books, movies, TV shows, anime series, and video games I've experienced and enjoyed.

If you really liked the way a particular writer described a castle, use that to spice up your own dungeon descriptions. If you liked the backstory and motivation of a particular anime villain, don't hesitate to borrow that for your campaign's Big Bad.

With a fresh set of names and a few subtle changes, entire worlds can feel new and original for your players.

Unless you plan to publish your campaign's setting or plot later on, no one's going to mind if you steal your ideas from elsewhere. It can give you a central concept to build off of, which saves time and energy that you can spend on other aspects of DMing.

And even if you lift an entire plot from a book or movie, it won't be long before your players run it in a different direction anyway!

Read next: How to Create Memorable D&D Villains: The Simplest Method