Rogues are extremely popular in D&D 5e, and for good reason! Check out this rogue guide for beginners to get started.

Any party of Dungeons & Dragons adventurers knows that there are more dangers out there than just monsters. We're talking traps to disarm, guards to sneak past, and locks to pick.

And that's why no D&D party is truly complete without a Rogue!

Related: Which D&D Class Should You Play? What to Know When Picking Your Class

But Rogues do more than just the above. You could certainly play one straight and steal everything in sight, but in D&D 5e, Rogues can be built for several jobs—and a Rogue can fulfill different roles depending on the Rogue's build and playstyle.

In this Rogue guide for beginners, I'm going to share some of the best tips for building and playing a Rogue in Dungeons & Dragons 5th Edition to ensure success for your party.

When it comes to D&D 5e combat, Rogues live for Sneak Attack.

Starting at first level, Sneak Attack adds an extra 1d6 damage to your attacks. And then on every odd level (i.e. levels 3, 5, 7...), Sneak Attack's damage increases by another 1d6.

Sneak Attack represents your roguish ability to exploit vulnerabilities when a target is distracted or incapacitated. To trigger Sneak Attack, your target must have another enemy (besides yourself) in melee range OR you must be attacking with Advantage.

To make things even more exciting, if Sneak Attack is applied to a critical attack, you get to double the amount of dice rolled for Sneak Attack as well. Now that's a lot of damage!

It's important to note that Sneak Attack can only be applied to one attack per round, even if you're dual-wielding or able to attack multiple times per round.

Dexterity is the key attribute in most Rogue abilities, including attack bonuses and damage bonuses for most finesse weapons, as well as for disarming traps. Always go for Dexterity as your main attribute.

But a Rogue's secondary attribute isn't as clear-cut. Your decision on where to focus your attribute points will depend on how you intend your character to fit into the party and what their role will be.

If you want your character to be alert and skilled at spotting dangers before they arrive and able to read people well, focus on Wisdom.

If you want your character to be able to disguise themself in nearly any situation and smooth-talk their way out of trouble, focus on Charisma.

If you want your character to fit more along the "arcane trickster" route, focus on Intelligence (to make your spells harder to resist).

Most of the time, a Rogue should put their attribute points into one of the aforementioned mental traits rather than Strength or Constitution. 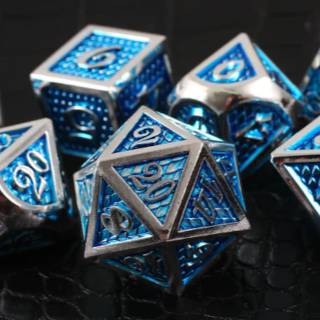 In D&D 5e, Rogues have a unique class mechanic called Expertise, which allows you to become an expert in certain Proficiencies—and your Proficiency Bonus doubles whenever you make an ability check that uses a Proficiency in which you have Expertise.

Expertise is powerful because the Proficiency Bonus grows with your character as they gain levels. But once your Expertise is declared, it's permanent (unless your DM permits you to change it) so think hard about what you want your character to be an expert in.

Related: How to Play an Evil Character in D&D (Without Losing Your Friends)

Not sure where to put your Expertise?

Most players take this bonus on Stealth, since that's one of the most useful skills in D&D 5e as far as avoiding conflict. Other popular choices include Investigation (to find traps), Deception, and Persuasion (to talk one's way out of trouble).

You can also choose to be an expert in Thieves' Tools, which makes it a lot easier to pick locks and disarm traps.

Rogues don't typically get a lot of Hit Points, so anything that helps them to avoid damage is essential in combat—which is why it's vital that you don't forget that you have Evasion.

That immediately improves your Rogue's ability to survive nasty spells and attacks, most notably area-based effects like breath attacks.

You do NOT have to expend a Reaction to Evade an effect, and you aren't limited in how many times you can Evade per round. Evasion applies to ANY effect with a Dexterity saving throw for half damage, including traps that aren't successfully disarmed.

Related: Why Playing D&D Is Good for You: The Benefits

Starting at 2nd level, Rogues get an ability called Cunning Action, which allows them to use Dash, Disengage, or Hide as a Bonus Action rather than as a full Action. This gives your Rogue a way to move around and slip through the battlefield very quickly.

Dash doubles your movement speed and Disengage allows you to move away from hostile creatures in melee range without provoking an Opportunity Attack. Both are great for dipping in and out of fights.

Hide allows you to make a Stealth check at the start or end of your turn to potentially give yourself Advantage on your next attack. In other words, you can use a Bonus Action to set up Sneak Attack next turn!

Read next: How to Be a Good D&D Player That DMs Love Playing With